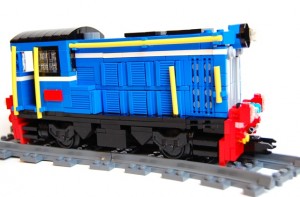 Theodore Levitt’s impact on Marketing is immense. He was a professor at Harvard Business School for 30 years and started teaching marketing at a time when he had never previously read a book on the subject. He was also editor of the Harvard Business Review and changed it from being a boring, academic magazine into one with interesting, more accessible articles.

Levitt’s impact can be gauged by some of the important concepts he introduced:

1. WHAT BUSINESS ARE YOU IN?: His article ‘Marketing Myopia’, written in 1960 and one of the most impactful articles in history of Marketing, argued that companies had paid too much attention to producing products and too little to satisfying customers. He pointed out, for instance, that the train had lost out to the airplane and the motor car because it thought it was in the business of running trains rather than that of providing customers with transportation. He felt that the vision of most organizations was too constricted by a narrow understanding of what business they were in; he urged them to re-examine their corporate vision and redefine their markets in terms of wider perspectives. Organizations found that they had been missing opportunities which were plain to see once they adopted the wider view. Eastman Kodak and Polaroid are two examples of companies that faltered because of a very narrow definition of the businesses they were in. After the article, oil companies redefined their business as energy rather than just petroleum. Of course, this approach has been criticised by many experts because it led many companies in the US and around the world to diversify indiscriminately; many paid a heavy price for it in later years.

GLOBALISATION: Levitt popularized the term “globalisation” in a 1983 article, “The Globalisation of Markets”. He argued that the differences in national or regional preferences would disappear, allowing companies like Coca-Cola and McDonald’s to sell identical products around the world. Again, his view was only partly correct as regional adaptation proved to be extremely critical – in India, we have seen how McDonald’s, Subway, Kellogg’s and many other companies have had to adapt to suit local and regional needs and tastes. Yet, his concept was an important one and led companies to look at the entire world as their market.

THE PURPOSE OF BUSINESS IS TO CREATE AND KEEP A CUSTOMER: This important concept, the concept of differentiation, that of innovation and ideas and many more owe a lot to a series of very thought provoking articles that Levitt wrote through the years.

Levitt’s marketing concepts are available in two excellent book – Ted Levitt on Marketing and The Marketing Imagination. You would do well to pick up either one.

There is no doubt that Levitt was the first real guru of marketing.