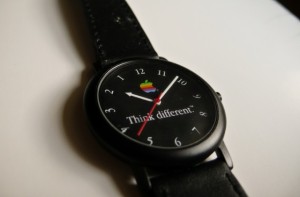 What is strategy? Frankly, so much has been written about competitive strategy that many of us are totally confused about what it really is. Every management guru has his or her take on strategy and the end result for the lay marketer is confusion.

I just read an outstanding article in HBR by Andrea Ovans ‘What is Strategy, Again?’  in which she looks at what strategy guru Michael Porter had to say about strategy and how strategic thinking has evolved beyond what he propounded. What follows is a summary of Porter take on strategy and how other options of looking at it had developed over time.

In the early days, management gurus like Peter Drucker talked about competing on price. This narrow interpretation of strategy changed when, in his path-breaking 1979 article ‘How Competitive Forces Shape Strategy’, Michael Porter looked at four additional competitive forces apart from price. Porter argued that in addition to price competition among competitors, ‘the degree of competitiveness in an industry (that is, the degree to which players are free to set their own prices) depends on the bargaining power of buyers and of suppliers, as well as how threatening substitute products and new entrants are. When these forces are weak, as in software and soft drinks, many companies are profitable. When they are strong, as in the airline and hotel industries, almost no company earns an attractive return on investment. Strategy, it follows for Porter, is a matter of working out your company’s best position relative not just to pricing pressures from rivals but to all the forces in your competitive environment.’

Porter actually wrote about strategy 17 years after his Five Forces article. In this 1996 article – ‘What Is Strategy?’

Porter argued against a number of views that had been propounded on strategy (by experts such as Peters/Waterman, Prahalad/Hamel, Henderson and McGrath/McMillan) between his Five Forces and Strategy articles.

Porter felt that that strategy was NOT about the following: 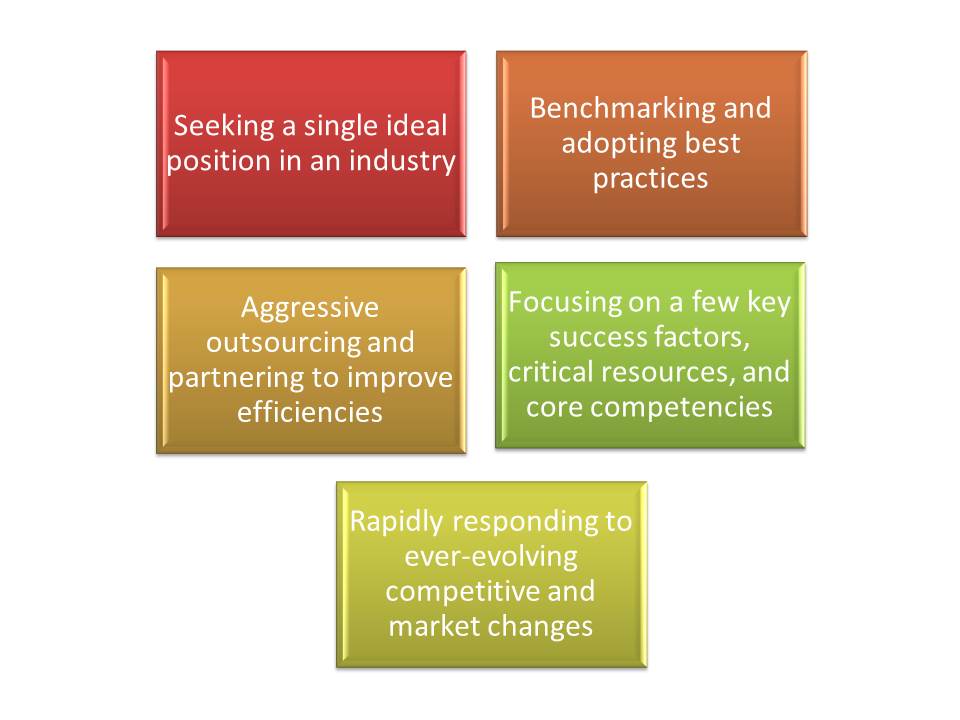 His view on strategy was straightforward – a company had to create sustainable advantage through differentiation. Sure, cost leadership was a way to compete but that could lead to the shrinking of the the pie as, in the rush to reduce prices, profitability would decline for the entire industry. The alternate, and much better, way to compete was to expand the pie by staking out some sustainable position based on a unique advantage you create with a unique and interdependent set of activities (a value chain or a business model). 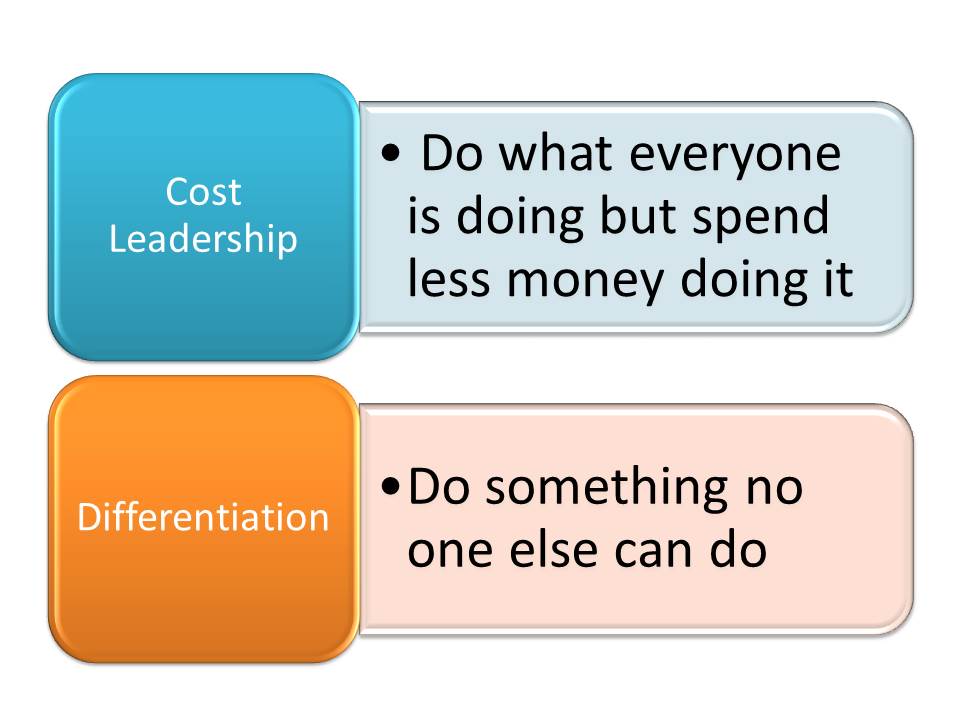 Porter’s view on strategy, articulated in ‘What is Strategy?’ is summarised below: 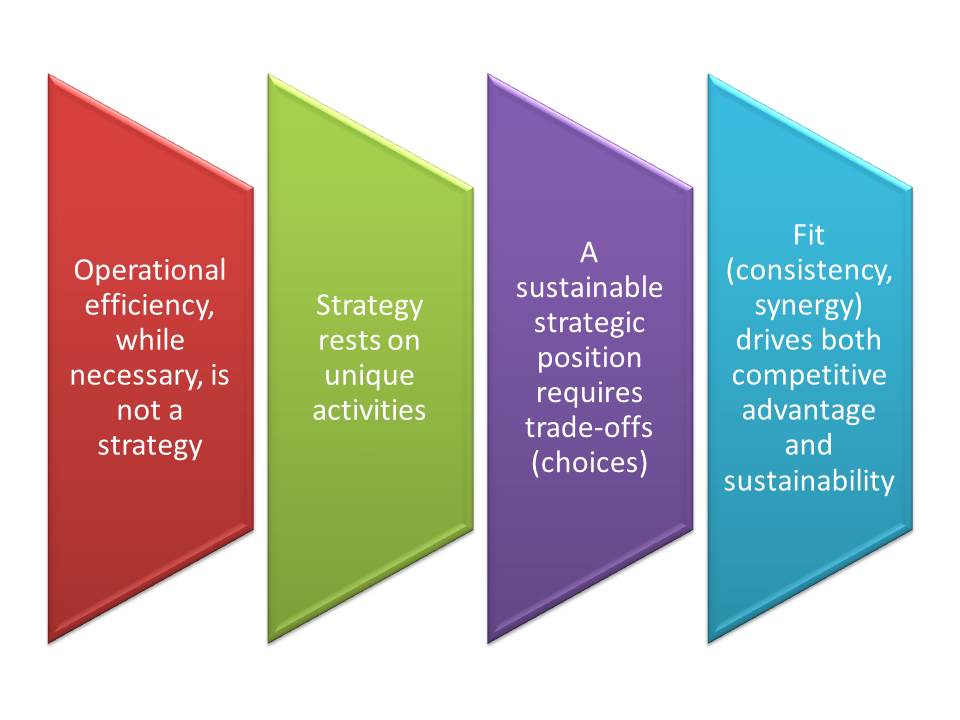 Porter felt that a good strategy had to pass the following tests: 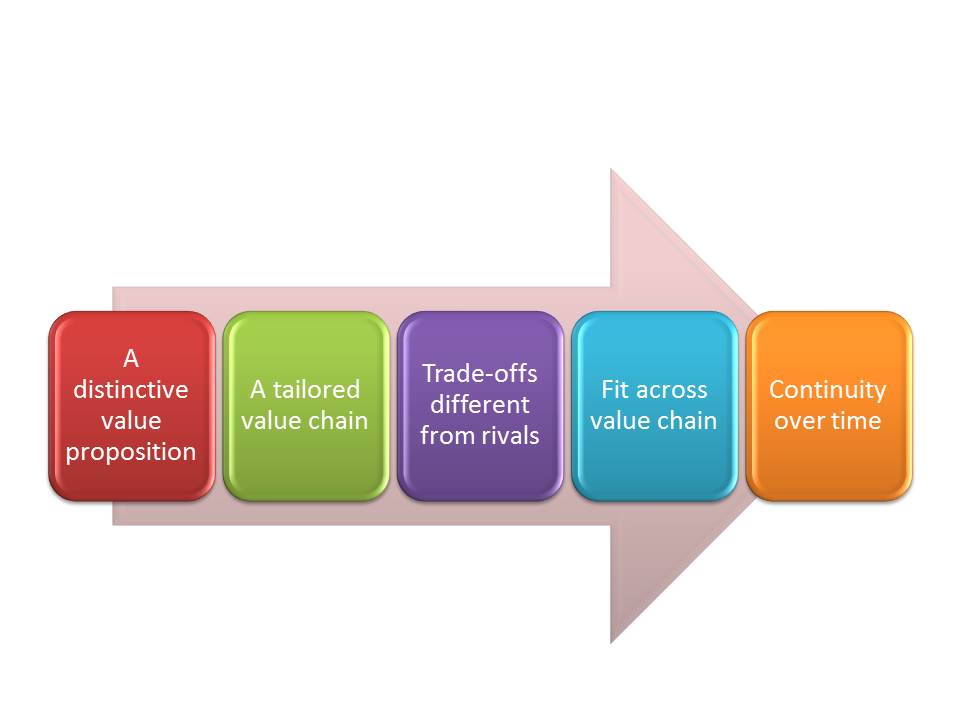 There is no doubt that Porter’s take on strategy makes a lot of sense. But, in her article, Andrea Ovans argues that a lot of work has been done since Porter’s articulation of strategy and that the subsequent strategy ideas could be divided into three broad buckets:

Given below is a summary of some of the most important ideas that have been propounded for the three areas above. 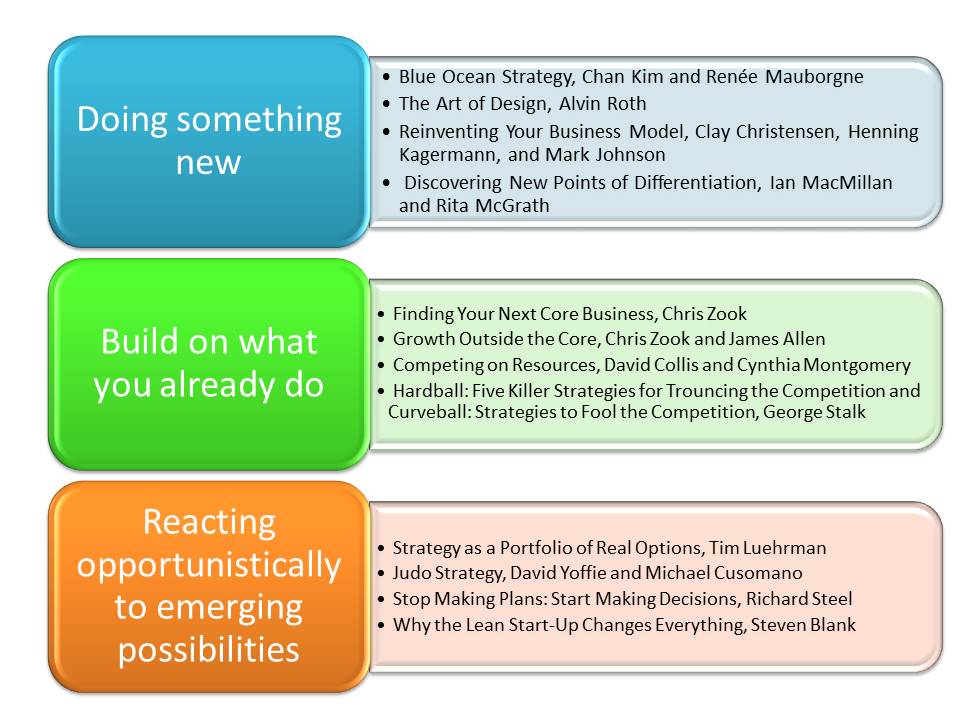 Do read Ovans’ article and that of Porter’s. Over time, go through some of the other articles and books on strategy that have been published by management gurus over the past few years. These would strengthen your understanding of competitive strategy.

Written by: andy on May 14, 2015.
Previous post : Simplicity is Effective but Difficult to Achieve! Next_post : How to Differentiate Your Brand