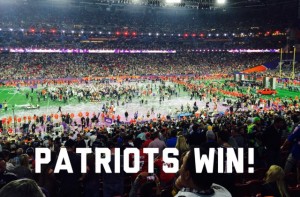 The biggest sporting event in India is the IPL that lasts for around six weeks. Many advertisers spend huge sums of monies during this six-week period to get their brand messages across. I am sure that Vodaphone, Amazon, Tata Sky, Paytm, Snapdeal and others have spent huge sums of money to advertise on the IPL. However, when it comes to a one-evening event and the advertising related to it, nothing comes close to the Super Bowl.

The Super Bowl is the annual championship game of the National Football League (NFL) in the US, the finale of a season that begins in the late summer of the previous year.  The Super Bowl is around four hours long. The game itself takes about three and a half hours, including a 30-minute halftime show built in. While a typical NFL game usually lasts about three hours, the Super Bowl is much longer because of the amount of advertising that is shown during the game. The last Super Bowl, Super Bowl XLIX, was played on February 1, 2015 and was won by the New England Patriots.

The use of commercials during the Super Bowl has been criticised for various reasons:

Given below is a collection of some of the so-called best Super Bowl commercials of this year:

Any commercials that grabbed your attention?