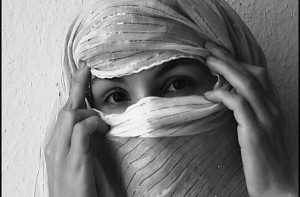 Al Ries, in his book, Focus, argued that sustained success of businesses depended on them being focussed on core products and avoiding the temptation to diversify into unrelated businesses. He backed his contention with a number of examples and while there are very successful exceptions today – including Samsung and GE – his argument does seem sensible enough.

Can you name a company that does one thing and does it well? Well, one company that comes to my mind is ArcelorMittal, the world’s largest steel manufacturing company with a market share of around 10%. However, such examples are few, both in India and around the world.

Except, possibly, in Germany. Germany has a whole host of small and medium-sized enterprises – called Mittelstand – that have been responsible for Germany’s continued success as a major exporting nation. Hermann Simon wrote a book – Hidden Champions: Lessons from 500 of the World’s Best Unknown Companies – in which he outlined how Germany, a relatively small country, had managed to be the world’s largest exporter (now No.2 to China) for a number of years. So while Germany has its large companies – Volkswagen, Siemens, Bosch, BASF and others – its export strength has largely been dependent on the Mittelstand (or Hidden Champions).

Some characteristics of the Hidden Champions:

1. Most of the Hidden Champions produce inconspicuous products but in their relatively small product categories, they are overwhelming market leaders. It is also quite likely that people are generally unaware of their names.

3. They are generally privately owned and employ a whopping 70% of employees in private enterprises. They contribute to around 50% of Germany’s GDP.

4. According to Simon, a Hidden Champion has to meet three criteria:

a. Number 1,2 or 3 in the global market as measured by market share

b. Revenues below USD 4 billion

5. Competitive advantages of Hidden Champions are rarely because of cost leadership but more because of quality, high performance and close consultation with their customers.