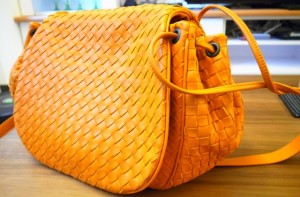 Since 2005, I have met a number of designers and executives from luxury brand companies. A few years ago, they were all very gung ho about India; however, since then, I have noticed a discernible cooling down of their enthusiasm. And the reasons:

The Indian luxury market is estimated at $14 billion (BCG estimates) and is on a growth path; yet, luxury brands are pretty cautious about us.

It is China which they see as their saviour. The luxury industry market is virtually stagnant in Europe, Japan and the US. In China, however, millionaires are mushrooming and driving the luxury market.

Erwan Rambourg, a Managing Director and a luxury industry analyst with HSBC, has written a book called the “Bling Dynasty: Why the Reign of the Chinese Luxury Shoppers Has Only Begun.” I haven’t read the book but I have read about it. Since I have an interest in the luxury goods market, I thought I will share some insights from Rambourg and his book. The insights are based on articles in Business Insider and WSJ: 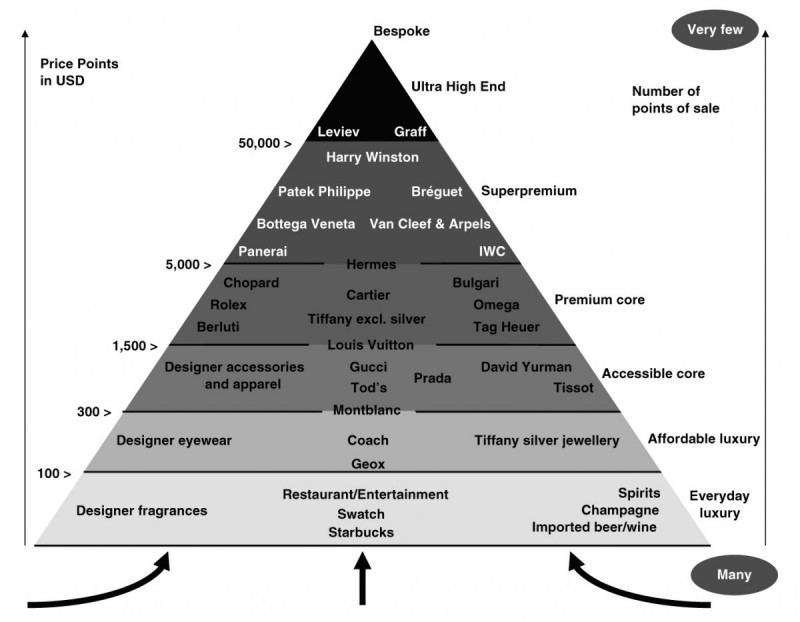 The brands are ranked on price on the left. Anything under $100, like designer perfume or cologne, alcohol and Starbucks is considered an everyday luxury. Affordable luxury is anything below $300. Under $1,500 counts as the accessible core with brands like Gucci and Prada. Premium core brands (anything under $5,000) includes Louis Vuitton, Cartier and Rolex. Dominating the top are super premium (i.e. Patek Phillippe, Panerai and Hermes) and ultra-high-end (premium diamond territory), where the $50,000 mark separates the two.

Rambourg feels that ‘a brand has to strike a balance between sales growth and overexposure. Luxury consumers are like kids. Brands are a dream, an aspiration. If you get the impression that you’re the only one, that you’re unique and being the only one told the story, you’ll pay up. If you feel like everyone else, you won’t. You have to develop the illusion or reality of scarcity. This is the French paradox of selling more of what is perceived to be exclusive. It seems contradictory. However, these companies want growth and make more money. What about Louis Vuitton? It’s synonymous with the luxury boom, but also seems to be flirting with becoming too ubiquitous. Louis Vuitton has come out with more targeted advertising, they’ve launched salons, and they’ve launched limited editions. If you’re a VIP consumer, you will get treated differently. They’ve become creative to make people feel unique. It’s about mass customization, from something as simple as putting your initials on the product. You have to feed the illusion and scarcity. And I think they do.’

Currently in Japan, there’s a move away from luxury and brands. They’re looking for more holistic experiences: Instead of a handbag, they’re going to a spa.