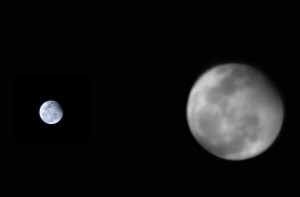 Let’s face it: we marketers are crazy about market share gains. In every company that I have worked for, one of the primary determinants of success was the gains in market share over a period of time. If our brands were gaining market share, they were doing great; on the other hand, if they were losing share, the brand managers handling the brands were likely to be severely reprimanded.

Most companies set annual sales targets in terms of units sold and net revenues to be achieved. More importantly, almost all of them have market share gains as an unquestioned objective. And achieving the market share target is sacrosanct.

Wikipedia reports that ‘Market share is said to be a key indicator of market competitiveness—that is, how well a firm is doing against its competitors. This metric, supplemented by changes in sales revenue, helps managers evaluate both primary and selective demand in their market. That is, it enables them to judge not only total market growth or decline but also trends in customers’ selections among competitors. Generally, sales growth resulting from primary demand (total market growth) is less costly and more profitable than that achieved by capturing share from competitors. Conversely, losses in market share can signal serious long-term problems that require strategic adjustments. Firms with market shares below a certain level may not be viable. Similarly, within a firm’s product line, market share trends for individual products are considered early indicators of future opportunities or problems.’

Sure, measuring market shares is important but becoming obsessed with it can actually be detrimental to the health of a brand or a company. Let’s examine.

The dictum that market share gains are critical to a company’s fortunes owes a lot to studies by Professor Robert D. Buzzell of Harvard Business School. His findings were based on the results of a project undertaken by the Marketing Science Institute on the Profit Impact of Market Strategies (PIMS). The PIMS project, started in 1971, aimed at identifying and measuring the major determinants of return on investment (ROI) in individual businesses. In an article written in 1975 in HBR – Market Share – a Key to Profitability – Professor Buzzell and his co-authors, Bradley T. Gale and Ralph G. M. Sultan, showed that as market share increases, a business is likely to have a higher profit margin, a declining purchases-to-sales ratio, a decline in marketing costs as a percentage of sales, higher quality, and higher priced products. Their data also indicated that the advantages of large market shares are greatest for businesses selling products that are purchased infrequently by a fragmented customer group.

They gave the following three reasons for why market share is profitable:

Economies of scale: Companies with high market shares achieved economies of scale in procurement, manufacturing, marketing, and other cost areas.
Market power: Large-scale businesses earned higher profits than their smaller competitors due to their greater market power: their size permitted them to bargain more effectively, “administer” prices, and, in the end, realize significantly higher prices for a particular product.
Quality of management: Good managers were successful in achieving high shares of their respective markets; they were also skillful in controlling costs, getting maximum productivity from employees, and so on. Moreover, once a business achieved a leadership position—possibly by developing a new field—it was much easier for it to retain its lead than for others to catch up.

They reached the following further conclusions on the basis of their studies:

2. The biggest single difference in costs, as related to market share, was in the purchases-to-sales ratio. This could be because high-share businesses tended to be more vertically integrated—they made rather than bought, and often they owned their own distribution facilities.

3. As market share increased, there was tendency for marketing costs, as a percentage of sales, to decline.

4. Market leaders developed unique competitive strategies and had higher prices for their higher-quality products than did smaller-share businesses.

They also recommended that because market share was so strongly related to profitability, top management needed to establish market-share objectives. They had to make active efforts to increase market share by means of new product introductions, added marketing programs, and so on.

Professor Buzzell and Co.’s conclusions have not stood the test of time. There have been numerous studies that have shown that, in many cases, companies with low market shares have actually outperformed those with higher market shares.

One such study was published by Professors Carolyn Y. Woo and Arnold C. Cooper in HBR in 1982. It was entitled ‘The Surprising Case for Low Market Share’ and detailed a number of companies that earned much larger returns than their larger competitors. Theirs and other studies proved that there was little correlation between market share and profitability.

In another article, Wharton Professor J. Scott Armstrong argued that focussing too much on grabbing market share could actually be detrimental to a firm’s profitability. In their 1996 study, Professor Armstrong and co-author Fred Collopy found that the more managers tried to be the biggest in their market, the more they harmed their own profitability.

For example, companies whose only goal was profit maximization — DuPont, General Electric, Union Carbide and Alcoa — posted stronger returns on investment than did the other firms studied. By contrast, the six firms whose only goal was market share — National Steel, the Great Atlantic & Pacific Tea Company, Swift, American Can, Gulf and Goodyear — fared worse in terms of ROI. Indeed, some of these companies, like National Steel and American Can, no longer exist.

Why is wooing market share bad? There are many reasons and Richard Miniter outlined the following ones in his book – The Myth of Market Share:

Killing brands to gain market share. Companies wanting to gain market shares tend to go in for price cuts and heavy discounts to gain share. Overtime, this rampant discounting actually harmed the equity of brands, sometimes fatally.
Competitors lowering prices. Even if a market leader lowered prices, it was very likely that competitors would follow suit. In the end, no one really gained anything from price wars.
Bad mergers. In their anxiety to gain shares, many companies have gone in for mergers that have just not worked out.
Entering too many markets. Again, in trying to add sales numbers, companies have entered new markets, sometimes even before entrenching themselves sufficiently in existing markets.
Bone-headed line extensions. This one’s a no brainer. Some companies line extend their brands so indiscriminately that it is sacrilegious. What is quite amazing is that the culprits include many great companies like P&G and Unilever.
Forgetting customer service. In their quest to go after new customers, many companies started taking their current customers for granted.

Every marketer must keep track of these pitfalls and ensure that they don’t fall into them in their anxiety to gain market shares.

What must never be forgotten is that a company exists to maximise profits in a given environment. Creating positive shareholders’ value should be the only mantra but market share chasers tend to forget that. The sensible aim for companies should be to strive to be profit leaders rather than market leaders.

Let’s look at two examples – Apple and Miele. Apple is the world’s most valuable company and has reached that position (from being in the dumps) by creating outstanding products and pricing them high enough to maximise profitability. The company has rarely worried about market share in any category in which it operates; yet, its products are so good and differentiated that they have healthy shares despite their outrageously high prices. Miele, the German appliance company, makes products that are priced way, way above competitive brands. It may have a small market share but is undoubtedly far more profitable than many of its peers. More importantly, it enjoys an enviable image amongst consumers. Its focus has been twofold – to create really outstanding products and price them to maximise profitability.

As marketers, don’t be obsessed with market share. Sure, keep an eye on it but focus more on the profitability of your brand/s. That is what good business (and marketing) is all about.

The market share conundrum is an important subject for marketers and you should read the available literature in detail.

You can read the article by Professors Buzzell, Gale and Sultan on ‘Market Share – the Key to Profitability’ here.

You can read the article ‘The Surprising Case for Low Market Share’ by Professors Woo and Cooper here.

You can read about Professor Armstrong’s studies in The ‘Myth of Market Share’: Can Focusing Too Much on the Competition Harm Profitability? here.