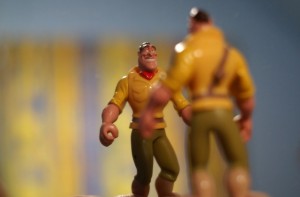 “It is better to fail in originality than to succeed in imitation.” Herman Melville.

Years ago, I used to work for a successful and cash rich company in which a large multinational company had a major stake.  The President of the company was a shrewd Marwari. Whenever any one of us would go to him with a new business, product or advertising idea, he would shout in his gravelly voice: ‘Ye kya naye, naye ideas mere pass laate rahte ho? Ideas ko copy kyo nahi karte?’ (‘Why do you keep bring me new ideas? Why don’t you just copy someone else’s ideas?’)

For people like us in the corporate world, innovation is the Holy Grail that we all want to follow, imitation a dirty word that we try and shun. Yet, some of the most successful companies, including many start-ups, have become successful by imitating other companies and their ideas.

I don’t know how many of you have heard of the Samwer brothers – Alexander, Marc and Olivier – of Germany. They have all become billionaires by shamelessly copying other businesses. They have cloned dozens of successful internet companies, from eBay to Facebook, and continue to do so.

Closer home, many of the successful start-ups – Flipkart, Snapdeal, Naukri, MakeMyTrip and others – have become billion plus dollar companies by copying similar businesses from the U.S. If you look at countries, the U.S. has been the fountainhead of innovation, China the epitome of imitation. And Chinese businesses have become hugely competitive through the imitation route.

Despite the wrinkling of noses at the mention of imitation, successful imitation may be a better way to make money compared with innovation. Better still, borrowing from others and combining that with your own creativity can build strong competitive advantages.

Professor Oded Shenkar of the Ohio State University, and the creator of the term imovators, wrote a book called Copycats: How Smart Companies Use Imitation to Gain a Strategic Edge. Shenkar argued that to be successful a company should to learn how to both imitate and innovate. While he doesn’t condone the theft of intellectual property, Professor Shenkar argued that the numbers showed that imitation was smarter than innovation – innovators as a group got only a small fraction of the value of an innovation. Typically, the better returns went to the copycat businesses. He gave examples of many companies: Diners created credit cards but lost the market to MasterCard and Visa; EMI created CAT scans but lost the market leadership to General Electric. Even on the internet space, Facebook wasn’t the first social networking site and Google was not the first search engine.

Imitation has always been lambasted, as the Herman Melville quote above demonstrates. A Forbes article cites Shenkar on scientists who derided imitation as ‘a low-level ability, a behavior typical of the mentally weak and the childish and a process much less demanding than individual trial and error.’ Nineteenth-century naturalists considered imitation to be ‘characteristic of women, children, savages, the mentally impaired and animals’ who had ‘little ability to reason for themselves.’

In recent times, imitation has become a more respectable term. Even biologists agree that imitation is essential to evolution. However, Shenkar argued that companies, rather than just imitate, should combine creativity and imitation, and come up with their own competitive advantage. This group of businesses is what Shenkar called “imovators.”

Sometime ago, I wrote a post in BlueBarn on imovation. Apple was the example that I had given in that article. If you look at it, Apple has not been the innovator of any of its products – in each case, what it has done is to take someone else’s innovation and add the brilliant Apple design-cum-technology touch to it.

We all talk of the first mover advantage and that is why companies spend huge sums in innovation; yet, companies that have followed have actually done better than the innovators. Writing in Inc., Darren Dahl gave nine reasons (taken from the Inc. article) why it made sense to imitate:

“There is a very steep learning curve in creating something,” says Dr. Larina Kase, a business psychologist. “After that the energy required to maintain it plateaus. Skipping this initial influx of energy by imitating frees up resources to maximize and perfect. Innovation is about solving problems. When you base your business on an existing model you can focus on what works and what doesn’t work for consumers (rather than focus on creating the business model). You can focus on consumers unmet needs and create an innovative product or service to meet those needs.”

“Everyone needs a starting point, but picking a place to begin and setting your own deadlines is tough,” says Marc Quadagno of the Raw Talent Group, which makes music-teaching software like Raw Talent Guitar. “Analyzing where others have succeeded is a great way to benchmark where you are currently and where you need to be. Plus, you won’t feel as if your decisions are arbitrary. You have to know your work will provide you with rewards and NOT being the first gives you insight to all the successes of another company, but more importantly, their failures.”

“Being the first to do something in a market sucks,” says Carol Roth, a business advisor and author of The Entrepreneur Equation. “And you know why? Because you have to educate consumers and that is expensive. Educating consumers about a new product or service takes, effort, time and a boatload of cash. In fact, sometimes the better strategy is to be a second or third mover in a space–let someone else spend the Benjamins to educate the public. Then, you can figure out how to do it smarter, faster or better.”

“An innovation or a new idea is an untested, untried venture,” says John White of BestEssayHelp. “Imitation helps ‘fix the bugs’ of the initial business idea. Research and case study can identify major problems and weaknesses of any business. Imitation helps avoid those mistakes and what’s more important–upgrade and bring something new to the already existing product or service.”

“If a first mover has a strong market position, there’s a good chance that they’re so good at ‘what they do’ that they’re too big and have so much momentum that they’re not in a position to make quick changes and innovation,” says Sean MacPhedran, general manager of two companies: Tomorrow Awards, an award show for advertising; and Giant Hydra, which provides crowdsourcing for ad agencies.

“Consumer research is easier because people are familiar with the product or service,” says John Paul Engel of Knowledge Capital Consulting. “It’s impossible to do a focus group or user testing in the abstract. However, it’s fairly easy to buy some of the first movers’ products and sit down with customers and find out what they do and don’t like about it.”

“Customers like things that are the same but with small differences,” says business consultant Lisa Jackson of Corporate Culture Pros. “We are creatures of habit, which is why 75 percent of the population buys products they are familiar with. That’s why ‘New and Improved’ sells.

Observe the style and language of your existing competition, says Jovia Nierenberg of Experience in Software, creator of the project management software platform, Webplanner. “Read their promotional materials–their Twitter, blog, website, Facebook page, etc.,” she says. “It’s also wise to pay attention to the publications that reviewed, mentioned, or interviewed your competition. Chances are they would be receptive to hearing from you, too. This ‘discovery’ work has been done for you.”

“It’s much easier to get funding if an idea is already proven in the market,” says Engel of Knowledge Capital Consulting. “After the initial success of MySpace, for example, investors were more willing to open their check books for companies like Facebook.”