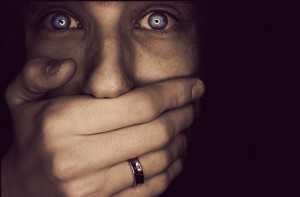 I have always been fascinated by people who write about the future, about how things would be thirty, fifty or hundred years from now.  There are futurists who had written about changes that would happen in the future and they have been proved right. On the other hand, since forecasting is tricky business, there are others who have got things pretty wrong.

In the late 19th century and early 20th century, we had writers like Edward Bellamy, Jules Verne and H. G. Wells who, though not identified as futurists, painted pictures of the future through their writings. 20th century science fiction writers such as Isaac Asimov, Ray Bradbury, Arthur C. Clarke and Frank Herbert, too, described the future as they envisioned it.

During and after World War II, ‘futurist’ consulting institutions like RAND and SRI began to engage in long-range planning, systematic trend watching, scenario development, and visioning, first for the government and later for companies. It was from that time that the foundation of the modern futures studies took root.

Trendspotting is something that marketers should take seriously. I remember how we had bought a report on the likely future trends in India that had been prepared by one of the better research agencies. The trends were sensible enough for us to gain some valuable insights on the likely changes in consumer behaviour and habits in urban and rural India.

There are some futurists that I have followed carefully. Of course, some of them wrote their best works years ago so what they had to say then have now either been ratified or have still not seen the light of day. And some have written about things that may not be of relevance to you and your line of business. But it is still instructive to know what they had predicted; some have come eerily true!

The two futurists that I would recommend that you get to know better are Faith Popcorn and Alvin Toffler. Popcorn is still very active and has her own successful firm – Brainreserve – that comes out with future trends. Alvin Toffler wrote his seminal book ‘Future Shock’ in 1970; many of the predictions that he made at that time have come true.

Faith Popcorn: Faith Popcorn was once dubbed the ‘Nostradamus of marketing’ by Fortune magazine. Today, she has a number of multinational corporations as her clients. Over the years, she has come out with a number of future trends relating to how people live, work and shop.

Faith Popcorn has recently come out with her ‘17 Trends That Reveal the Future.’ You can read about them here.

Alvin Toffler: Toffler’s amazing 1970 book ‘Future Shock.’ written 45 years ago, had predictions that today’s marketers can learn from even today.

Good marketers always have a pulse on the present and the future. Understanding the changes that are likely to happen, in the quasi-long run at least, would give marketers an added advantage in many aspects of marketing, including product development. So do spend quality time reading about what futurists have said or are saying.

Sources: Wikipedia; 10 of the World’s Most Groundbreaking Futurists – howstuffworks.com.