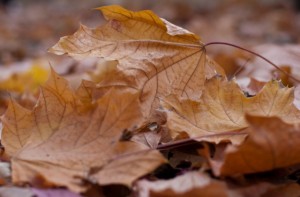 “Failure is the key to success; each mistake teaches us something.” Morihei Ueshiba.

A few days ago, we had posted an article entitled ‘What Were They Thinking?” In that post, we had covered some of the lessons that Robert McMath had uncovered from his study of brand failures in the U.S.  McMath ran (I am speaking in the past tense because I am not sure whether his Center is still operational) the New Products Showcase and Learning Center in Ithaca, New York, that had a repository of over 80,000 brands and products that at one time or another were considered “new and innovative” or “new and improved” but are since dead. Based on their study of the 80,000 duds at the Center, Robert McMath and Thom Forbes wrote the book “What Were They Thinking?” in which they highlighted some of the mistakes that failed brands had made.

One can draw important lessons from studying brands that have failed. However, to ensure that the lessons are relevant, one needs to do a thorough study of the brands. In some cases, a single dominant factor could explain a failure; however, in others, the failure could have been due to multiple factors.

Matt Haig has attempted to study failed brands in some detail. In his book, Brand Failures: The Truth About the 100 Biggest Branding Mistakes of All Times, he has put forward the factors that led to the failure of 100 brands, many of them from the stable of very successful companies. Some of the lessons are generic while others are specific to the brands.

Brands create a bond between themselves and consumers; once that bond is broken, consumers of the brand can be quite unforgiving. Haig identified seven generic reasons for brand failure:

Some brands have also failed because they have been caught up in misplaced axioms. Here are six that Haig identified:

Of the 100 brands that Haig has covered in his book, most would have failed for one or more reasons that have been highlighted above. In addition, he divided his 100 case studies into nine categories, some of which explain the primary reason for the failure of the brands covered within them. I have picked up one example from each category:

We all want our brands to grow from strength to strength. However, handling brands is not an easy task and one has to safeguard it from a number of possible dubious moves. The lessons from the failure of brands, including some very well established ones, is invaluable. Haig has tried to look at a wide range of brands to explain the reasons for their failure.