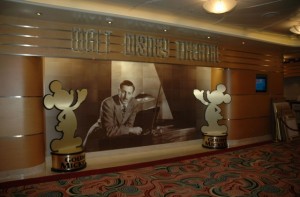 Some of the greatest people in business (and otherwise) should have been abject failures. In fact, at some point in the beginning of their careers, they WERE failures. Let’s look at some of these people:

Decca was only one of several companies that foolishly decided not to sign on the Beatles. Epstein had to go through a long and dispiriting trail around the other record companies; they all turned him down. Brian was often near to tears. However, three months later, producer George Martin signed the Beatles to EMI’s Parlophone label. And the rest is history. The Beatles are the best-selling band in history, with estimated sales of over 600 million records worldwide.

In 1995, Rowling finished her manuscript for Harry Potter and the Philosopher’s Stone. She had conceived the idea for the Harry Potter series on a delayed train from Manchester to London in 1990. The seven-year period that followed saw the death of her mother, divorce from her first husband and relative poverty. Finally, Christopher Little Literary Agents agreed to represent Rowling in her quest for a publisher. The book was submitted to twelve publishing houses, all of which rejected the manuscript. A year later she was finally given the green light (and a £1500 advance) by editor Barry Cunningham from Bloomsbury, a publishing house in London. The decision to publish Rowling’s book owes much to Alice Newton, the eight-year-old daughter of Bloomsbury’s chairman, who was given the first chapter to review by her father and immediately demanded the next. Although Bloomsbury agreed to publish the book, Cunningham advised Rowling to get a day job, since she had little chance of making money in children’s books. In June 1997, Bloomsbury published Philosopher’s Stone with an initial print run of 1,000 copies, 500 of which were distributed to libraries. Today, such copies are valued between £16,000 and £25,000. Till date, around 400 million copies of the Harry Potter books have been sold, making them the best-selling book series in history. The Harry Potter films have become the highest-grossing film series in history.

There are just examples and examples of people who had to rough it out before making it: Earl Tupper was a dreamer and he dreamed of a world encased in plastic; yet for the first few years, every plastic product he launched (including even plastic underwear!) was a flop till he hit upon Tupperware. Before making billions selling his company, Broadcast.com, to Yahoo, Mark Cuban failed at a variety of jobs. He failed as a carpenter, as a cook, as a waiter (he couldn’t open a bottle of wine). He says of his failures, “I’ve learned that it doesn’t matter how many times you failed. You only have to be right once. I tried to sell powdered milk. I was an idiot lots of times, and I learned from them all.” Between 1843 and 1855, Macy opened four retail dry goods stores that all failed. He learned from those mistakes, and hit it big with his next store in New York City. Before building his empire, Gates started a business called Traf-O-Data which went nowhere and he dropped out of Harvard. But his passion for computers and his vision of the opportunities led him to start Microsoft. Edison, one of the most prolific inventors in history (holding over 1000 U.S. patents), was told as a boy by his teacher that he was too stupid to learn anything and suggested he go into a field that did not require intelligence. He tried more than 9,000 experiments before he created the first successful light bulb.

India is now at the cusp of rapid development and more and more Indian entrepreneurs will try and start their own businesses. Many will fail initially. But that should not deter them. If anyone has a dream, an idea, an innovation that he/she believes in, he/she must pursue it single-mindedly.

As Winston Churchill said: “Success is the ability to go from one failure to another with no loss of enthusiasm.”

Written by: andy on April 17, 2015.
Previous post : The Wisdom of Peter Drucker Next_post : Promoting on the Internet