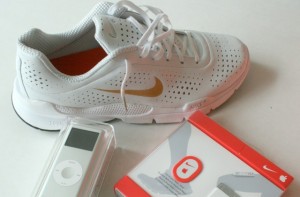 If I were to ask you about your top 5 favourite TVCs, I bet you won’t have too much difficulty rattling them off. However, if I were to ask you of your top 5 brand campaigns on the internet, I am quite certain that most of you would scratch your heads. Unfortunately, most marketers in India have not really figured out how to build brands on the internet. And these include otherwise very savvy marketers. Consumer marketers in India still rely on TV and print to get their messages across. Actually, I don’t really blame them – internet penetration in India is still low (reaching around 300 million users) while TV reaches around 150 million households. A Deloitte study showed that most consumers watch TV quite regularly and feel that TVCs contribute significantly to their buying decisions. However, things will change…and fast. Even today, if you are marketing a premium product or a product aimed at the youth, you may want to look at the internet a lot more seriously.

Apart from its reach, TV offers other advantages over the internet:

This TVC is an old one; it was created in 2005 by George Patterson and Partners (Young & Rubicam) in Australia for Carlton Draught pale lager. The agency decided to try and get the ad viral before broadcasting it on TV. Therefore, two weeks before the TV broadcast, the advert was streamed on the Internet. Within 24 hours, the “Big Ad” had been downloaded 162,000 times; within two weeks, it had been seen by over one million viewers in 132 countries. More importantly, the advert was widely covered in the press.

Dumb Ways to Die was a 2012 public service TVC (and campaign) by Metro Trains in Melbourne, Australia, to promote rail safety. It was uploaded on YouTube; within 48 hours, it was viewed 2.5 million times and 4.7 million times within 72 hours. Within two weeks, the video had been viewed 30 million times and has since crossed the 100 million mark.

Frankly, but I am no expert on Indian promotions on the net, I have not seen Indian brands trying hard to create ads that could go viral on the net.

I am sure many Indian marketers are looking at innovative campaigns on the net. If you are one of these marketers, great; however, if you are not, here are some pointers:

Facebook comes out with its list of the best Facebook brand pages. Here is their 2014 list of the 15 best brands on their site. You will get some good ideas on how to effectively use Facebook for your brand from the examples given in the article.

Twitter, Instagram and even LinkedIn are other platforms that marketers should be using to build communities and promote their brands.

Here is another article that highlights 30 good social media campaigns of 2014.  The examples are from various platforms, including Facebook, Instagram, Vine and YouTube, and are worth studying.

In developing our strategy for the internet, the questions that all of us as marketers should be asking are these: How is my product going to make a difference in people’s lives? What can I do beyond my product (but intimately connected with it) that will make my consumers’ lives better? If you can find cogent answers to these two questions, you are on the way to creating a brand experience that will hold you in very good stead with your consumers.

Many marketers are scared that too much interaction with consumers could lead to negative feedback on their products. I don’t think that should deter anyone – if you build a robust community, chances are that the community members will act as brand ambassadors and defend your brand against negative feedback.