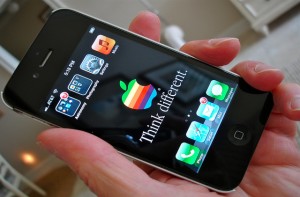 Prime Minister Narendra Modi understands the power of slogans. Over the last few months, we have been introduced to slogans like ‘Pahele Sauchalaya, Phir Devalaya’, ‘Congress Mukt Bharat’, ‘Abki Baar, Modi Sarkaar’, ‘Make in India’, ‘Swachh Bharat’, ‘Beti Padhao, Beti Bachao’ and others. While detractors may take pot shots at these slogans, they, simply and unambiguously, communicate the thought behind them.

Wikipedia defines a ‘slogan as a memorable motto or phrase used in a political, commercial, religious, and other context as a repetitive expression of an idea or purpose.’ Over the years, political, religious and other leaders have used slogans that still remain refreshingly memorable. Let’s look at some:

Many political slogans are forever etched in our minds. As are many company and brand slogans.

In business, companies have used slogans since one can remember. These taglines or catchy phrases have been used to make companies, products or services special or different. Done well, slogans can make a company or a brand really stand apart and in many cases they become a part of our lexicon.

Take a look at some company and brand slogans that have been truly memorable; more importantly, they have helped set their companies or brands apart:

In today’s highly crowded brand and communication world, an average consumer is inundated with thousands of messages; sadly for companies and their brands, most just do not register with the consumers. That is where slogans can come very handy – a relevant, well-crafted and interesting slogan can register with consumers and give your brand that added advantage. A strong slogan can help tie all the elements of your communication. Ideally, slogans should be used to differentiate a brand in a catchy, interesting way.

Sadly, companies and brands seem to have forgotten about the real purpose of slogans – to try and differentiate your offering or purpose from that of competitors. For example, Coke’s ‘It’s the real thing’ effectively communicated that Coke was the first cola drink and a leader. For reasons that I have not been able to figure out, Coke gave up this tagline and has been coming out with taglines which don’t really say anything worthwhile. In fact, I can’t recall most of them. Or take Pepsi. It came out with this absolutely brilliant ‘The choice of a new generation’ tagline that repositioned Coke as a cola for oldies. The brand met with considerable success with this tagline and the campaign around it; yet, inexplicably, it gave up the tagline to replace it with increasingly inane slogans.

Most of you would probably lynch me for attacking the iconic ‘Just do it’ that has become the Nike signature. While the tagline has been enormously successful, it doesn’t quite say anything about the brand. Of course, brands are not made solely by slogans; strong brands have been extremely successful sans a great slogan. Nike has been lucky that its slogan has become well-meshed with the brand.

One reason why we see vague slogans is that many companies have multiple brands and most brands have been line-extended pretty indiscriminately. In such a situation, coming out with meaningful slogans becomes that much more difficult. Examine the slogans of the four very successful consumer goods companies:

Quite frankly, I just can’t figure out what each of these companies stand for vis-à-vis their competitors; there is just no differentiating element in the slogans. Each slogan is pretty banal, a cliché, a platitude.

The slogans or taglines of most companies and brands have, in all likelihood, been thought of by a copywriter in an advertising agency. I have no quarrels with that; some of the best slogans have been thought of by ad agencies. However, guys in marketing should spend some time thinking about their company’s or brand’s tagline, only if to evaluate what is presented to them by their ad agency. Here is a possible way to work out an effective slogan:

I do hope companies and ad agencies look at slogans and taglines a bit more seriously. Yes, there are examples of fairly interesting taglines but many of them fail one crucial test – the test of differentiating the company or brand.

Written by: Subhash on January 29, 2015.
Last revised by: andy
Previous post : The Age of Ecosystems Next_post : What Next for the Prodigious Apple?