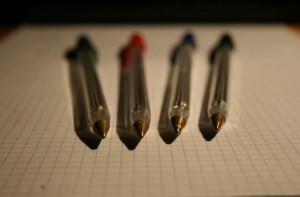 The above quotes are from Steven Johnson’s book Where Good Ideas Come From: The Natural History of Innovation.  The book was a finalist for the 800CEORead award for best business book of 2010 and was ranked as one of the year’s best books by The Economist.

The book argues that innovative thinking is a slow and gradual process based on the concept of the “slow hunch” rather than an instant moment of inspiration. I mean, we have all grown with the Archimedes ‘Eureka!’ story and believe that ideas come to lone geniuses in a flash.

However, the truth is that big ideas follow a more gradual process based on the seven patterns of innovation that are seen again and again in culture and in nature.

For ideas to incubate and flourish, it is important that they happen in networks where disparate ideas are encouraged to collide and lead to the development of a valid, powerful idea.

Slow hunches can be forgotten because our daily work can get in the way. That is why it is very important to note down all the hunches that come our way. Hopefully, all the hunches will, someday, come together to form a totally different solution.

Johnson argued that ideas have to be fully liberated to spark innovation. And this happens best when the environment is less money driven and less individualistic. Opening up ideas to others is a good practice and that is why, in today’s world, open-source environments can a great way to generate ideas.

As marketers, we have to keep coming up with new ideas. As Johnson has shown, ideas won’t come to us in a flash. We must have an open mind. We must have a broad range of interests. We must discuss hunches and ideas with others. We should let hunches and ideas incubate. Only then will we come up with that BIG idea that will change the fortune of our company. Or that will encourage us to the route of entrepreneurship.

The attached video by Johnson is essential viewing; it will give you a good idea of where good ideas come from.