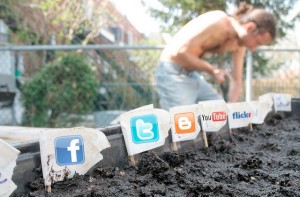 I have often wondered why established companies (with all the resources, monetary, manpower etc., at their disposal) are unable to come out with breakthrough products/brands in the digital space. I mean, look at all of the HUGE internet brands – Google, Facebook, Amazon, Microsoft, Twitter, to name some – and they were started by young entrepreneurs. Look at Groupon, Pinterest, Four Square and the like and the same thing. Look at Apple and it was started by two young blokes in a garage. Even in India, Flipkart, Naukri, MakeMyTrip and others were started by young entrepreneurs. I really can’t think of a significant breakthrough that was achieved by an established company. It took someone like Sal Khan of the Khan Academy to start the online education revolution.

Look at media companies. Given the fact that more and more people are consuming news and information on their computers or handheld devices, most media companies have been spending a lot of time, money and effort in launching and promoting their news websites. Some, like Times of India and Hindustan Times, have ventured into specific websites; unfortunately, most of the websites are me-too initiatives. For example, Times Jobs and Shine are me-too products launched after the success of Naukri and Monster. CricBuzz, the cricket website that the Times Group has bought out is a virtual cog of Cricinfo. Desi Martini tries to emulate Rotten Tomatoes. It would have made sense for a media company to have created social media brands but none have been able to make any breakthrough there.

So what could explain this peculiar scenario? Here are some reasons that I could think of:

Of course, the internet offers huge opportunities even today. But will it be start-ups that will come up with the innovations or will we see some established companies score a hit?