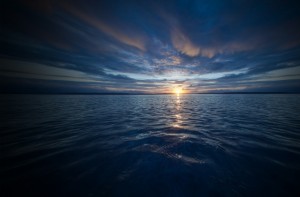 I am sure most of you would have heard of, if not actually read, the best-selling book Blue Ocean Strategy by W. Chan Kim and Renée Mauborgne. It was published in 2005 and was based on a study of a number of strategies undertaken by companies over a long period of time. The authors, Professors at INSEAD, argued that companies should identify uncontested market space (‘Blue Oceans’) rather than fight competitors head on. This strategy would help companies make competition irrelevant and would unlock immense value for the companies following the ‘Blue Ocean’ strategy.

Simply put, the crux of what the authors had to say in the book was that a company should look for differentiation, the key to any business success. However, they went a step further to argue that, unlike Porter’s Generic Strategies (that identifies Low Cost, Differentiation and Focus as three distinct strategies), it was possible for a company to pursue differentiation and low cost simultaneously. They called this Value Innovation.  The key to creating Blue Oceans was to break the defined framework and boundaries around which traditional businesses operate. Amongst others, the examples that they gave of companies that had followed the Blue Ocean Strategy were low-cost airlines and Yellow Tail wines from Australia.

The authors pointed out that the conventional way of doing business, by trying to beat competition (“Red Ocean Strategy”) was a valid strategy but not conducive to sustained and high margin growth; rapid, profitable growth would be possible only by identifying and occupying Blue Oceans.

Professors Chan Kim and Mauborgne provided a fairly robust process for identifying Blue Oceans and their book is worth reading for that reason.

In case you want a good understanding of Blue Ocean Strategy without reading the book (which you should), you can read an article that Professors Chan Kim and Mauborgne wrote in HBR in 2004, prior to the publication of their book.

The article is given here.

As recently as this month, the Professors wrote another article in HBR entitled ‘Identify Blue Oceans by Mapping Your Product Portfolio.’ In the article, they argue that most companies are still involved in marketing-competing moves; that is, they are still going for incremental improvements in existing market space rather than looking at Blue Ocean opportunities. Microsoft, for example, is caught in this trap while Apple has been making strategic moves that are more Blue Ocean.

They contend that “the challenge for all companies, Apple included, is how to continue investing in existing revenue-generating businesses while at the same time creating and launching the businesses of tomorrow.

We developed an analytic tool—the Pioneer-Migrator-Settler Map—to address precisely that challenge and, as we discuss in the new Blue Ocean Strategy, Expanded Edition, its beauty is that it can be applied dynamically over time to shift the trajectory of a company’s profitable growth prospects.”

Their recent article covering this aspect can be read here.

Written by: Subhash on February 20, 2015.
Last revised by: andy
Previous post : What’s Wrong With Big Companies? Next_post : What Were They Thinking?