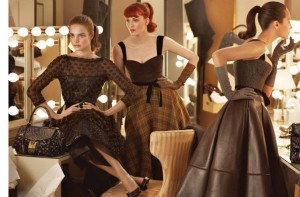 In his book Marketing: The Retro Revolution and in a brilliant 2001 HBR article – Torment the Customers (They’ll Love It) – he makes the point that if marketers listen too much to what consumers need and want, they will end up producing goods and services that are similar to those already in existence. This is because consumers start from what they know, not what is possible. Steve Jobs famously said that he did no consumer research because consumers DIDN’T know what they wanted and even if they did, they would want something else by the time you came out with products and services based on their feedback. Only he and his team at Apple knew what was possible and what consumers would find surprising and delightful. Akio Morita wanted to be able to listen to his favourite operas in flights and that led Sony to develop the Walkman, not any consumer research. And there are hundreds of examples of how a person’s idea and vision led to a breakthrough product. As Professor Brown put it: ‘The truth is, customers don’t know what they want. They never have. They never will. The wretches don’t even know what they don’t want, as the success of countless rejected-by-focus-groups products, from the Chrysler minivan to the Sony Walkman, readily attests. A mindless devotion to customers means me-too products, copycat advertising campaigns, and marketplace stagnation.’

He builds a case for retromarketing which, according to him, ‘is based on an eternal truth: Marketers, like maidens, get more by playing hard to get. That’s the antithesis of what passes for modern marketing. These days, marketers aim to make life simple for the consumer by getting goods to market in a timely and efficient manner, so that they are available when and where they’re wanted, at a price people are prepared to pay. Could anything be more boring? By contrast, retromarketing makes ’em work for it, by limiting availability by delaying gratification, by heightening expectations, by fostering an enigmatic air of unattainability. It doesn’t serve demand; it creates it.’

1. Customers crave for exclusivity. Instead of the modern marketing proposition of ‘here it is, come and get it, there is plenty for everyone’, marketers would do well by holding back supplies and delaying gratification. Harley Davidson, Honda Odyssey, De Beers and others have used this principle very successfully.

2. Secrecy. Professor Brown feels that secrecy adds to the allure of a product and gets people craving for it. A prime example is the way Harry Potter books have been sold. ‘It consisted of a complete blackout on advance information. The book’s title, pagination, and price were kept under wraps until two weeks before publication. Review copies were withheld, no author interviews were allowed, and foreign translations were deferred for fear of injudicious leaks. Juicy plot details, including the death of a key character and Harry’s sexual awakening, were drip fed to a slavering press corps prior to the launch. Printers and distributors were required to sign strict confidentially agreements. Booksellers were bound by a ruthlessly policed embargo, though some were allowed to display the tantalizing volume in locked cages for a brief period just before “Harry Potter Day,” July 8, 2000. And in a stroke of retro genius, several advance copies were “accidentally” sold from an unnamed Wal-Mart in deepest West Virginia, though one of the “lucky” children was miraculously tracked down by the world’s press and splashed across every front page worth its salt. More sadistic still, Scholastic dropped less-than-subtle hints that there weren’t enough copies of the book to go around, thereby exacerbating the gotta-get-it frenzy of fans and distributors alike. In the event, the tome was ubiquitously unavoidable, available everywhere from grocery stores to roadside restaurants. No one complained, of course, because everyone had managed to get their hands on the precious Potter, and by the time they’d finished reading the magical mystery, they’d forgotten its magically mysterious marketing campaign. Now you see it, now you don’t.’

Other examples include the secret ‘recipes’ of Coke, Heinz Ketchup and KFC; this secrecy has only made the brands that much more mysterious and alluring.

3. Amplification. This means the art of getting people to talk about your product. The buzz factor is extremely critical and brands like Calvin Klein and Benetton have mastered the art by coming out with ad campaigns that get the whole world talking about them. In an overcommunicated world, amplification is a necessary tool. Apart from controversy, surprise could also be a great amplification tool.

4. Entertainment. The communication around a brand must engage and entertain consumers. Today’s advertising has become too bland and boring. And who’s to blame? ‘I blame my esteemed colleague Philip Kotler, the renowned Northwestern University marketing professor, for this sorry state of affairs. He, more than anyone, has convinced managers that marketing is the backbone of business and must integrate the work of all other functions. Weighed down by this awesome responsibility, marketing has become a sober-sided discipline. It has lost its sense of fun. It has forgotten how to flirt.’

5. Tricksterism. Tricksterism is not the same as cheating – that is no go. But using simple, mysterious ways to tease consumers is the way to go. Consumers like to be teased and many Hollywood movies have used small, inexpensive tricks to excite and tease them.

You may or may not agree with retromarketing and its principles. Of course, Professor Brown warns that ‘retromarketing is not appropriate on every occasion, nor is it applicable to every product, service, or market segment. But, then, the modern marketing concept of caring, sharing, all hold hands is not always the right approach, either.’