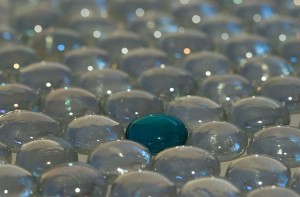 Today’s Economic Times has an editorial entitled “Apple Profits: Make in India Lessons – Branding and marketing hold the key.”  As we all know, Apple has confounded pundits by posting record results in the first quarter of 2015 (October 2014 – December 2014). Its $18 billion profits for the quarter is the largest ever achieved by any company anywhere.  Economic Times argues that ‘Apple’s profits owe more than anything else to the power of branding and marketing, which makes people dig deep into their pockets to buy their fancy phones, about half of whose price directly goes to the company’s bottom line.’ The business paper also argues that Apple’s innovation prowess is not necessarily the key reason behind its success; innovation by itself is not enough as Tata Namo has unfortunately shown. The business paper concludes that the key to success of Make in India, despite China’s success in unbranded manufacturing, will be in branding and marketing.

While I don’t have quarrels with Economic Times’ analysis, it is too simplistic. ‘Branding and marketing’ are broad terms and miss out on the real reasons for Apple’s spectacular success. Let’s look at what these could be:

I have visited Apple stores abroad and have been delighted by the attention that I received there. Because Apple has such few SKUs, the store salespersons know the product details extremely well. Even the Apple stores in India are neat and clean with the products displayed beautifully.

In today’s world, tech brands can meet an unexpected and untimely demise. I mean, who would ever have imagined, five years ago, that Nokia would be dead and Blackberry on its last legs. But it happened. The strength of Apple is not just its branding but the other points that I have highlighted above. Apple offers all of us marketers an invaluable lesson.