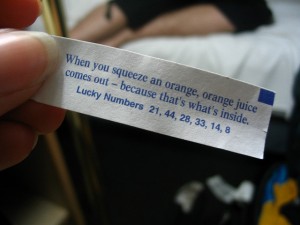 “Obvious Adams” became a legend; he was quoted in business conferences and at board meetings. Many company heads wrote to the author to ask if the hero of the story was a real person; and if he was they wanted to engage his services! His “obviousness” influenced the thinking of some of the outstanding industrial leaders of the day—men of the calibre of Elbert H. Gary, head of U.S. Steel, who read the book and wrote an appreciative letter to the author.

So why would a book written almost a 100 years ago have any relevance today? In his book, “In Search of the Obvious. The Antidote for Today’s Marketing Mess,” this is what Jack Trout wrote: “Why do I like this book so much? Because the search for any marketing strategy is the search for the obvious. Consider the dictionary term for the word obvious: Easy to see or understand, and evident. With that definition, you begin to see why an obvious strategy is so powerful. It’s simple, easy to understand, and evident. That’s why it works so well.

Interestingly, when presented with a simple, obvious strategy, many clients are not impressed. They are often looking for some clever, not-so-obvious idea. What I often hear is something like, “That’s something we already know. Is the solution that simple?” I ten have to go to my “evident speech” which goes like this: “You’re right, it is evident. But if it’s evident to you, it will also be evident to your customers, which is why it will work.”

Obvious Adams tells the story of a poor boy who begins life as Oliver B. Adams in a little grocery store in a small New England town. He makes the store grow its business but when the store owner dies and the store is sold, Adams decides to move to New York. There, he hears a talk by James B. Oswald, the President of the famous Oswald Advertising Agency. Adams is so impressed by the talk that he decides that he would like to work in advertising and with the Oswald Advertising Agency. So he goes to the agency and requests for an interview with Oswald himself. The President of the agency is not impressed and sends Adams packing. Before leaving, Adams tells the President: ‘Well, Mr. Oswald, I have decided that I want to get into the advertising business and that I want to work for you, and I thought the obvious thing to do was to come and tell you so. You don’t seem to think I could make good and so I will have to set out to find some way to prove it to you. I don’t know just how I can do it, but I’ll call on you again when I have found out. Thank you for your time. Good-bye.’ This impresses (and disturbs) Oswald sufficiently and he offers young Adams a job in the agency. There, Adams solves the problems of clients on such a regular basis that he eventually becomes the operating head of the agency. His secret of success – finding solutions that are so obvious that most people missed them.

Almost forty years after the book was released Updegraff, based on his subsequent experience, added five ways to test the obviousness of ideas and plans, and five creative suggestions for seeing and doing “the obvious.”

* The problem when solved will be simple. The obvious is nearly always simple–so simple that sometimes a whole generation of men and women have looked at it without even seeing it.

* Does it check with human nature? If you feel comfortable in explaining your idea or plan to your mother, wife, relative, neighbors, your barber and anyone else you know, it’s obvious. If you don’t feel comfortable, it probably is not obvious.

* Put it on paper. Write out your idea, plan or project in words of one or two syllables, as though you were explaining it to a child. If you can’t do this in two or three short paragraphs and the explanation becomes long, involved or ingenious–then very likely it is not obvious.

* Does it explode in people’s minds? If, when you have presented your plan, project or program, do people say, “Now why didn’t we think of that before?” You can feel encouraged. Obvious ideas are very apt to produce this “explosive” mental reaction.

* Is the time ripe? Many ideas and plans are obvious in themselves, but just as obviously “out of time.” Checking time lines is often just as important as checking the idea or plan itself.

• Never mind how a thing has always been done, or how other people want to do it. What is the simplest possible way of doing it?

Strip off all the accumulated ideas, practices, methods, techniques, and traditions. If a seven-year-old boy was tackling the problem for the first time, uninhibited by the experience of generations, how would he be likely to proceed?

• Suppose the whole thing were to be completely reversed?

Nothing opens the mind wider to a new approach than to ask oneself this bold question. The fact that a thing has been done or made in a certain way for centuries is likely to mean that it is ripe for challenge. Perhaps reversing it in some respect will turn out to be utterly obvious.

Ernest G. Stout used this same reverse technique when he designed the revolutionary Convair Sea Dart, a jet-powered plane that can take off from the water. For nearly 40 years, designers had attempted – unsuccessfully – to create a boat with wings. The seaplane had been relegated to oblivion. Then Stout got an inspiration. Instead of designing a boat that could fly, he set out to create a plane that could float, a plane that became one of the world’s most remarkable aircraft.

• Can a vote be taken on it, or the public’s help actively enlisted?

Too many business decisions are made in the office instead of where life is going on. Very often some simple test, with a group of people or a cross-section of the public, will develop the obvious preference, or the obvious way of doing, making, or saying something. Since it is the public which makes or breaks us in everything we attempt to do, it seems utterly obvious to check our plans against a segment of the public, before going too far.

• What opportunity is being overlooked because no one has bothered to develop it?

In almost everything we use in our daily lives there is opportunity for improvement – often so completely obvious that it should shame us not to have seen it. Benjamin Franklin, bothered by the need for two pairs of spectacles, one for looking at things nearby, and another for seeing things at a distance, developed bifocal spectacles, which have been a boon to humanity. Nothing could be more obvious.

• What are the special needs of the situation?

Often the situation itself dictates its own specification, or presents some special – but overlooked – opportunity for improvement. The Hartford brothers with their cash-and-carry idea, Woolworth with his original limited-price store, the inventor of the ball-point pen that does away with the ink problem, were all creatively obvious.

The world is full of unexpressed, unsensed needs, waiting for the men and women who will bring obviousness to bear on the unsolved problems of everyday living. They will be richly rewarded!

Obvious Adams is not an easy booklet to get as it is out of print. Thankfully, there are a number of websites that feature the booklet and you should take the time to read it. The lesson is simple but powerful. And as our daily lives and our work gets more complicated, solutions to our problems could just be obvious. And yet we are missing them all the time.