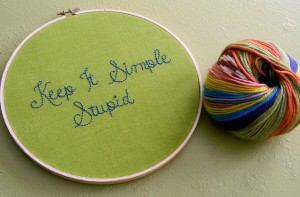 This morning, while I was going through Mint, the business daily, I came across three unrelated stories headlined thus:

The Mint story on Britannia stated that ‘Cookie maker Britannia Industries Limited is cutting underperforming biscuit brands and pack sizes from its large portfolio as the company looks to increase (emphasis mine) its market share and margin gains by aiming its product innovation efforts and advertising spending on five key brands.

Some other consumer goods companies such as United Spirits Limited and Mondelez India Foods Private Limited are also cutting brands as they seek to increase sales of premium products and boost margins.’

The McDonald’s story mentioned that Don Thompson, the CEO of McDonald’s since 2012 was stepping down and was being replaced by Steve Easterbrook, the chain’s chief branding officer. The company had recently announced results that show a sharp decline in sales and earnings. Many factors were pointed out for McDonald’s troubles – supply chain problems, the closure of a processing facility in China over food safety concerns and shortage of French fries. The news item also mentioned that ‘the restaurant chain has reduced the number of ‘value meal’ promotions and raised prices for many items in its ‘dollar menu,’ part of a bid to simplify its offerings and get each customer to spend more.’

In a post yesterday, BlueBarn had reported Apple’s mindboggling first quarter results of 2015 (October 2014 – December 2014) that showed that it had sold an astounding 74.5 million iPhones in the quarter and had made a record $18 billion profit. In contrast to that, the Mint story states that Samsung has reported a plunge in quarterly mobile earnings (a decline of 64%), its mobile division’s fifth consecutive quarter of decline.

Three unrelated businesses, three unrelated issues. However, after I had read the three stories, I saw a commonality in them; and that is – Keep it Simple Stupid!

FMCG companies, McDonald’s and Samsung have all made their businesses far too complex in the quest for growth. Look at the number of variants of an average FMCG brand – it is humongous! Look at the McDonald’s menu with its specials – I can never make head or tail of it. And look at Samsung, especially in contrast to Apple – while I consider myself a fairly aware marketing student, I have never been able to figure out which smartphone model of Samsung’s is which. In contrast, I am absolutely clear about the iPhone models – there is absolutely no ambiguity.

Consumers hate confusion (I mean we have our own troubles to grapple with, right?) and, yet, most companies insist on confusing the hell out of their potential consumers.

This brings me to the KISS principle that is worth keeping in mind for everything that we do. According to Wikipedia, ‘KISS is an acronym for “Keep it simple, stupid” as a design principle noted by the U.S. Navy in 1960. The KISS principle states that most systems work best if they are kept simple rather than made complicated; therefore simplicity should be a key goal in design and unnecessary complexity should be avoided. The phrase has been associated with aircraft engineer Kelly Johnson (1910–1990)….While popular usage has translated it for decades as “Keep it simple, stupid”, Johnson translated it as “Keep it simple stupid” (no comma), and this reading is still used by many authors. There was no implicit meaning that an engineer was stupid; just the opposite.

The principle is best exemplified by the story of Johnson handing a team of design engineers a handful of tools, with the challenge that the jet aircraft they were designing must be repairable by an average mechanic in the field under combat conditions with only these tools. Hence, the “stupid” refers to the relationship between the way things break and the sophistication available to repair them…

The principle most likely finds its origins in similar concepts such as Occam’s razor, Leonardo da Vinci’s “Simplicity is the ultimate sophistication”, Mies Van Der Rohe’s “Less is more”, or Antoine de Saint Exupéry’s “It seems that perfection is reached not when there is nothing left to add, but when there is nothing left to take away”. Colin Chapman, the founder of Lotus Cars, urged his designers to “Simplify, then add lightness”. Rube Goldberg’s machines, intentionally overly-complex solutions to simple tasks or problems, are humorous examples of “non-KISS” solutions.

An alternative view – “Make everything as simple as possible, but not simpler” – is attributed to Albert Einstein, although this may be an editor’s paraphrase of a lecture he gave.

A variant used in marketing is “keep it simple and straightforward”.

Master animator Richard Williams explains the KISS principle in his book The Animator’s Survival Kit, and Disney’s Nine Old Men write about it in Disney Animation: The Illusion of Life, a considerable work of the genre. The problem faced on this area is that inexperienced animators may “over-animate” in their works, that is, a character move too much and do too much – such as carrying every accent over into body language, facial expression, and lip-syncing. Williams urges animators to “KISS”.’

So how does one KISS in marketing? Here are some pointers:

Now that is a lesson worth learning!