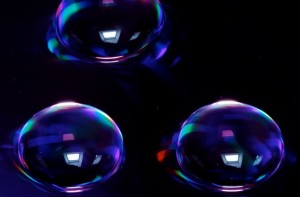 We have all read – or certainly heard of – Good to Great by Jim Collins and In Search of Excellence by Tom Peters and Robert H. Waterman Jr. Both books were based on pretty rigorous research and analysis and identified themes that had made some US companies excellent /great. Both the books became bestsellers and are still used by managers to gain valuable insights to apply to their businesses. There is no doubt that both the books should be read and contain some outstanding advice. The only problem is that many of the great companies that the two books identified did not stand the test of time.

Last year saw the publication of another book that identified rules that exceptional companies had followed in the US. Michael Raynor and Mumtaz Ahmed came out with ‘The Three Rules: How Exceptional Companies Think’ in 2013. The two looked at data of over 25,000 companies for more than forty years to identify the rules for exceptional, long term performance. (Raynor and Ahmed also come out with an article in HBR in April 2013 – Three rules for making a company truly great – and you should read this in case you are not inclined towards reading the book).

Based on their study, Raynor and Ahmed propounded three simple rules that make companies great:

Rule 1: Better before Cheaper – companies that sustain their performance through time do so by non-price benefits such as a great brand, style, functionality, experience etc.

Rule 2: Revenue before Cost – sustaining performance involves more than just creating value but also capturing that value in the form of profits.

Rule 3: There are no other rules – making decisions and executing strategies that put better before cheaper and revenue before cost are the fundamentals for sustained success.

Although the rules seem simplistic, one will find it difficult to disagree with them; they just make immense sense. And to understand more about these three rules, do see the attached video of Raynor’s session at TED.