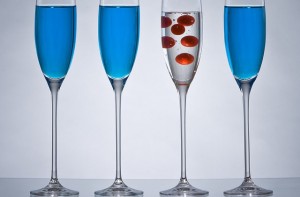 I am sure most marketing folks would have read books by Al Ries and Jack Trout. Of course, their pathbreaking concept was positioning, a concept that changed the way people looked at communication. They have written a number of books together (and separately), the most important one being their first – Positioning: The Battle For Your Mind. This book, when it came out in 1980, created a major ripple. Overtime, both Ries and Trout have regurgitated (in different ways) the same points that they made in their earlier books. But it is important to look at some of the key points that they have made in the past:
1. Positioning. Positioning begins with a product, how to position it in the mind of the customer. This approach is needed because consumers are bombarded with a continuous stream of advertising, with advertisers spending several hundred dollars annually per consumer in the U.S. The consumer’s mind reacts to this high volume of advertising by accepting only what is consistent with prior knowledge or experience. It is quite difficult to change a consumer’s impression once it is formed. Consumers cope with information overload by oversimplifying and are likely to shut out anything inconsistent with their knowledge and experience. In an over-communicated environment, the advertiser should present a simplified message and make that message consistent with what the consumer already believes by focusing on the perceptions of the consumer rather than on the reality of the product.
Examples: Avis. We are no.2 in rent-a-car. We try harder.
7-Up. The un-cola.
2. Repositioning. Sometimes there are no unique positions to carve out. In such cases, they suggest repositioning a competitor by convincing consumers to view the competitor in a different way. Tylenol successfully repositioned aspirin by running advertisements explaining the negative side effects of aspirin.
3. Line extensions, in most cases, are harmful in the long run. They counter consumer perceptions about a brand and end up confusing them.
4. Focusing is critical. Companies that end up doing too many things (despite the success of Samsung, GE and Tata) end up losing out.
5. Try and associate a word with your brand. For example, Volvo and safety. Crest and cavity protection.
6. Instead of competing directly, try and create a new category.
7. Market leaders must follow defensive strategies, the main competitors must follow offensive strategies.

Do try and read some of their books; my recommendations, apart from Positioning, would be Marketing Warfare and the 22 Immutable Laws of Marketing. When they finally broke up their partnership, they continued to write, Al Ries with his daughter, Laura, and Jack Trout alone or with Steve Rivkin. Al Ries’ Focus is a good book to read – he makes a strong case for not diversifying into too many businesses the way Japanese and Korean companies have done (although the success of Samsung and LG does weaken his argument a bit). As far as Trout is concerned, my recommendations would be Differentiate or Die and In Search of the Obvious.

As I mentioned earlier, their lessons on marketing haven’t changed overtime and one doesn’t need to read all their books. Also, they have got things wrong at times (Al Ries predicted – famously – that the iPhone would bomb!). However, by and large, their arguments have been pretty sound.