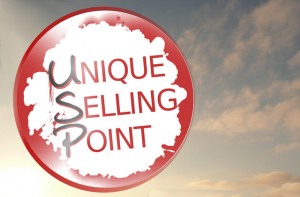 If you were forced to read just one book on advertising, which one would you go for? I have my shortlist of about five books and, amongst them, one strong contender would be Reality in Advertising by Rosser Reeves. Sadly, the book is out of print although you could, if you are lucky, get a second hand copy from Amazon at a pretty hefty price.

Reeves was the very influential adman of the 1950s/1960s who became the Chairman of Ted Bates. Don Draper, the protagonist in the TV series, Mad Men, is said to have been modelled on Rosser Reeves.

Reeves firmly believed that the purpose of advertising was to sell, a lesson that most advertising people seem to have forgotten. He came out with the popular term – Unique Selling Proposition (USP) – and argued that the job of any advertising was to amplify the USP in as dramatic a manner as possible. The caveat – the brand had to deliver on the USP. He was disdainful of ads that were funny or clever for the sake of it. He was also wary of image advertising and felt that his claim-based advertising would deliver better sales. He was also an opponent of frequent changes in ads. He followed his belief for many of the brands that Ted Bates handled; what is remarkable is that many of them saw a remarkable increase in sales post his advertising campaigns. His ads for Anacin, M&M, Colgate, Minute Maid and Bic are legendary. Even today, Colgate follows his principles in its advertising, likeability be damned!

Reeves’ techniques of the USP and dull, dramatic demonstrations eventually began to grate and consumers shifted their preference to more interesting advertising as amplified by the Volkswagen ads of Doyle Dane Bernbach. However, what should not be forgotten is that ‘positioning’ and ‘value proposition’ are concepts that owe a lot to Rosser Reeves’ Unique Selling Proposition.

Written by: Preeti on August 24, 2014.
Last revised by: andy, our reviewer, on January 5, 2015.
Previous post : Simplicity, Simplistic, Oversimplification! Next_post : The Tipping Point: How Little Things Can Make a Big Difference