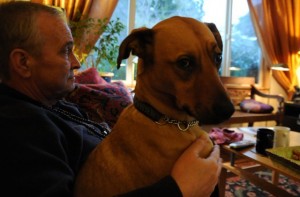 In a utopian world, where a brand has unlimited budgets, one wouldn’t even be asking the question. However, because brands have limited ad budgets and because one should, in any case, spend optimum resources behind advertising, the question of Reach vs. Frequency assumes great significance.

The debate is NOT one-sided. Amazingly, there are a large number of people who would argue that reach should take precedence over frequency; equally, a similar number would argue just the opposite.

Rosser Reeves, in his instructive 1961 book, Reality in Advertising, argued that those brands that were adding expensive non-network spots to their regular network radio schedule (there was virtually no commercial television at the time) were showing better sales results. This was because the non-network spots greatly increased the dispersion of the message. From this, Reeves concluded that the ideal dispersion, of course, would be to reach 100% of the people and then repeat with as much frequency as the budget will permit. Reeves point was that that the probability of converting, say, 5 of 100 people who saw/heard your message once was better than converting 5 of 20 people who saw/heard your message 5 times.

To counter Rosser Reeves, Seth Godin, in his book Permission Marketing, used an analogy of seeds and water to demonstrate the importance of assuring adequate frequency in a brand’s promotional campaign. If you were given 100 seeds with enough water to water each seed once would you plant all 100 seeds and water each one once or would you be more successful if you planted 25 seeds and used all of the water on those 25 seeds? Unless you have water rights and can obtain additional water, opt for less reach and more frequency.

At DuPont, the question of reach versus frequency was investigated in 1969 by Robert Grass and Wallace H. Wallace who concluded from their studies that it took three exposures to a television commercial to move viewers from indifference to action. Hence, to do things right, a media plan should try to maximize the number of people who see the commercial three times. Thus was born the notion of effective frequency. The 3+ concept goes back 115 years, to a researcher named Ebbinghaus, who found three repetitions of a series of nonsense syllables was needed for “learning” or memorization.

Possibly, the right answer lies somewhere in between. If DuPont and other researches are right, a brand must try and ensure that it gets its message across efficiently three times to AS MANY people as possible. Of course, this is indicative and not an exact science. But one thing is quite clear – don’t get the same set of people to see your ads TOO many times. This is a waste of money and possibly irritates the hell out of the viewers/listeners as well. I find many Indian advertisers guilty of this. From personal experience, there are commericals that I see so often that I just switch off.