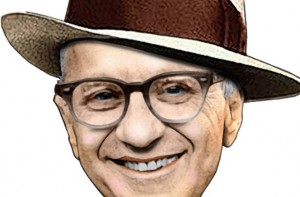 Why would one write a post on capitalism on a site devoted to Marketing, you may well ask.

Well, most marketers and advertising professionals are involved with private enterprises (the essence of capitalism) and it makes sense to understand why capitalism is the best economic system in the world. Sadly, capitalism has become a dirty word in India and people with limited knowledge of economics tend to be its most vocal critics. True, crony capitalism – the concentration of all wealth and privileges in the hands of a select few – is harmful but capitalism still remains the best way to increase the prosperity of the denizens of a nation.

It was Adam Smith who, in his ‘Wealth of Nations’ written in 1776, put forward the case for capitalism.

As outlined by Andrew Beattie in Investopedia ‘the core point that Adam Smith made was that man’s natural tendency toward self-interest results in prosperity. Everyone should be given the freedom to produce and exchange goods as they pleased (free trade) and opening all markets to competition (international as well as domestic – Smith lived in the age of government chartered monopolies), people’s natural self-interest would bring about universal opulence with very little effort from a nation’s government. This free-market force became known as the invisible hand, but it needed support to bring about its magic.

Boiling his principles down to essentials, Smith believed that a nation needed three elements to bring about universal prosperity:

Enlightened Self-Interest
Smith wanted people to practice thrift, hard work and enlightened self-interest. He thought the practice of enlightened self-interest was natural for the majority of people. In his famous example, a butcher does not supply meat based on good-hearted intentions, but because he profits by selling meat. If the meat he sells is poor, he will not have repeat customers and thus, no profit. Therefore, it’s in the butcher’s interest to sell good meat at a price that customers are willing to pay, so that both parties benefit in every transaction. Smith believed that the ability to think long-term would curb most businesses from abusing customers. When that wasn’t enough, he looked to the government to enforce laws. Extending upon self-interest in trade, Smith saw thrift and savings as important virtues, especially when savings were used to invest. Through investment, industry would have the capital to buy more labour-saving machinery and encourage innovation. This technological leap forward would increase returns on invested capital and raise the overall standard of living.

Limited Government
Smith saw the responsibilities of the government being limited to the defense of the nation, universal education, public works (infrastructure such as roads and bridges), the enforcement of legal rights (property rights and contracts) and the punishment of crime. The government would step in when people acted on their short-term interests, and would make and enforce laws against robbery, fraud and other similar crimes. He cautioned against larger, bureaucratic governments, writing, “there is no art which one government sooner learns of another, than that of draining money from the pockets of the people.” His focus on universal education was to counteract the negative and dulling effects of the division of labour that was a necessary part of industrialization.

Solid Currency and Free-Market Economy
The third element Smith proposed was a solid currency twinned with free-market principles. By backing currency with hard metals, Smith hoped to curtail the government’s ability to depreciate currency by circulating more of it to pay for wars or other wasteful expenditures. With hard currency acting as a check to spending, Smith wanted the government to follow free-market principles by keeping taxes low and allowing free trade across borders by eliminating tariffs. He pointed out that tariffs and other taxes only succeeded in making life more expensive for the people while also stifling industry and trade abroad. (For more on backing a currency with precious metal, read The Gold Standard Revisited.)

Grapes Overthrow Mercantilism
To drive home the damaging nature of tariffs, Smith used the example of making wine in Scotland. He pointed out that good grapes could be grown in Scotland in hothouses, but the extra costs of heating would make Scottish wine 30 times more expensive than French wines. Far better, he reasoned, would be to trade something Scotland had an abundance of, such as wool, in return for the wine. In other words, because France has a competitive advantage in producing wine, tariffs aimed to create and protect a domestic wine industry would just waste resources and cost the public money.’

The famous Nobel Prize winning economist Milton Friedman was a fierce proponent of the free market and a true defender of what Adam Smith had advocated. In 1980, he came out with a book and a ten-part television series called Free to Choose (co-authored by his wife Rose D. Friedman) that advocates free market principles. In the book and the TV series, Friedman argued that free market was the best for all members of a society and the most efficient economic system to solve the problems of society.

I think every person associated with business must read Free to Choose or see the series (available on YouTube). In the book and in one of the episodes of the TV series, Friedman presents a compelling comparison between Japan during the Meiji Restoration and India post its Independence. His key point – Japan followed capitalism while India went for socialism; as a result, while the former prospered, India became a laggard, plagued by poverty and related problems. I have attached this episode with this post and all of you will gain immensely by going through it.

Written by: Preeti on August 26, 2013.
Last revised by: andy, our reviewer, on January 2, 2015.
Previous post : A Simple Lesson in Strategy Next_post : The Key Lesson From Steve Ballmer’s Departure