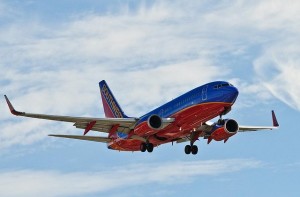 We have all been reading about the SpiceJet crisis. A few days ago, it cancelled all its flights because oil companies refused to provide aviation fuel to the company because of non-clearance of past dues.  The company has not posted a profit over the past five quarters and owes money to oil companies, airports and its own employees.  The company needs an infusion of some Rs.2, 000 crores which its promoters are unable to do.  Happily, SpiceJet has now returned to normalcy. Its share prices jumped 15% last week on reports that its former part owner Ajay Singh was trying hard to put together a bailout plan.

The SpiceJet crisis has got the Civil Aviation Ministry exploring ways to grant infrastructure status to the aviation industry so that it can access finance at cheaper rates. The Ministry is considering various options including allowing airlines to access external commercial borrowings with lower interest rates and tax exemptions for a fixed period.  It is also looking at the high taxation on aviation fuel.

Why is the airline industry always in a crisis, not just in India but worldwide?  In India, Kingfisher Airlines is as dead as a dodo and good old Air India is not likely to turn around in a hurry; it is just sucking in taxpayers’ dough that could have been used more constructively somewhere else. Worldwide, the airlines business is so uncertain that Warren Buffett said a decade ago that he would never put money in airline stocks since the time he put in $358 million in US Airways.  Yet, newer and newer companies keep entering an industry that has more dead players than alive! And many of the airlines that survive today, like Air India, do so thanks to governmental largesse.  The question, then, to ask is – do promoters of airlines have a death wish?

If not, why do airlines lose money? How is it that so many of them go bankrupt?  In a report published in 2011, Berkeley economist, Severin Borenstein, explored some of the factors that could have contributed to the persistent financial losses of U.S. airlines since deregulation, especially in the naughties:

While there have been several taxes added to the cost of flying (passenger facility charges in the early 1990s, the segment tax in 1997, and the September 11 security fee in early 2002), Borenstein argued that the problem seemed not to be that taxes have risen, but that base fares have fallen and stayed so low. He attributed this to the rise of low-cost carriers (LCCs), and the inability of the legacy players to adjust:

‘Adjusted for the average flight distance, legacy carrier costs have remained 30%-60% higher than the LCCs for nearly all of the deregulation era, averaging about 40% higher in the last decade.’

While the cost differential between LCCs and non-LCCs has remained large, the average price differential has been shrinking. LCC fares have declined much less than those of legacy carriers in the 2000s, reflecting in part their lower burden of excess aircraft capacity. This is no doubt a large part of the reason that LCCs have suffered much milder losses in the 2000s.’

Airline bottom lines improved in 2010 as the industry consolidated routes and took profits, but Borenstein saw no reason why the future would be any less dismal:

‘[T]here is little reason to think those disruptions will be less frequent in the future. Furthermore, after more than 30 years, it seems unlikely that airline losses are due entirely to a series of unfortunate exogenous events relative to what management and investors should have expected.

[T]he experience of the last decade suggests that until legacy carriers can either close the cost gap with LCCs or increase the price premium they maintain, they will likely have difficulty earning consistent profits through the typical cycles in the airline business environment.’

Both have followed a similar business model – both are low cost, no frills airlines; in fact, Ryan Air’s vision is to fly people for free. They keep costs down by flying a single type of plane – the Boeing 737 in the case of Southwest and the Boeing 737-800 in the case of Ryan Air. The V.P. of Ground Operations of Southwest Airlines, Chris Wahlenmaier, explained this to Seth Stevenson: “We only need to train our mechanics on one type of airplane. We only need extra parts inventory for that one type of airplane. If we have to swap a plane out at the last minute for maintenance, the fleet is totally interchangeable—all our on-board crews and ground crews are already familiar with it. And there are no challenges in how and where we can park our planes on the ground, since they’re all the same shape and size.” Moreover, carriers that use one plane actually end up getting bulk discounts from the airline manufacturers. They operate on a highly efficiency basis too with high aircraft utilisation, minimum staffing, and maximising their use of the Internet to keep booking costs down. The turnaround time on the ground again is minimised. The Ryanair strategy attempts to keep costs low by gaining discounts and concessions from plane suppliers (Boeing) and Airports.

Of course, Southwest Airlines tried to differentiate itself further by bringing an element of fun in its interaction with customers. Even Ryanair created PR for itself by running ads that poked gentle fun at competitors.

In their excellent book – The Discipline of Market Leaders – Michael Treacy and Fred Wiersema had outlined three competitive strategies that they called value disciplines:

Treacy and Wiersema argued that a company should aim to become best in one of these disciplines while being good in the others. The Southwest Airlines and Ryanair models fit into the Operational Excellent Model of high reliability and dependability with fewer flight cancellations, great punctuality and fewer lost bags than most airlines. Even full service airlines would benefit by keeping a tight rein on costs and by improving operational efficiency.

Lesson no.1: In any business, especially a high cost and oscillating business like the airline business, operational efficiency becomes extremely critical, even for full-service carriers.

This new combination created an offering that enabled the customer to benefit from the high travelling speeds of an airplane at low prices combined with the flexibility of travelling by car.

Lesson no.2: All new players entering an established, competitive market should try and change the rules of the game creating, as Kim and Mauborgne argued, a Blue Ocean rather than fight in the existing Red Ocean.

Coming closer home – despite the problems that SpiceJet is facing, there is one airline in India – Indigo – that has bucked the trend. Like Southwest Airlines and Ryanair, Indigo is fanatical about keeping costs down. In addition, the airline has adopted a counterintuitive strategy of adding new aircraft and expanding capacity just when other airlines are pulling back. This seems to be paying off for IndiGo.

AirAsia has launched and Vistara, the Tata-Singapore-Airlines airline, is likely to commence operations soon. One will have to see how this new competitive environment plays out for Indigo and the other airlines.

Rapid-business-excellence-success.com (for the Ryanair strategy).